It has been an exciting and eventful holiday season –Christmas and New Year celebrations, Election results and run up to the inauguration, demonetization and its impacts in India, floods in Chennai and much more! I am excited to say that the new EC team has taken over charge and is already on their job. Meticulous planning is underway for more than a month to make 2017 a fantastic year for COMA members! 2017 EC team’s vision is to “make COMA more than a cultural organization”

2016 was a significant year for COMA; Onam program saw the largest ever gathering attending a COMA function – almost 500 people! Yes, our small organization is leaps and bounds. The team led by Ajoy has done a fabulous job steering the organization last year overseeing this significant growth. This year’s team is committed to continue the hard work to meet your expectations!
There are several exciting programs lined up for this year, kicking off with the colorful Valentines Family Night event on February 18th! With the goal of “making COMA more than a cultural organization”, the team is also looking to provide additional value add services to the community, which will be communicated in the due course. We are looking forward to the continued support from you for the success of our events!

Anu has done a fabulous job with collecting, collating and publishing the newsletter last year. While the pattern of the newsletter will remain pretty much the same, some new sections will be added this year – news on other Indian associations in Central Ohio, event calendar (major events of interest in both local and from Kerala), a section on photography etc.

Your valuable suggestions and contributions are welcome @ coma.officials@gmail.com 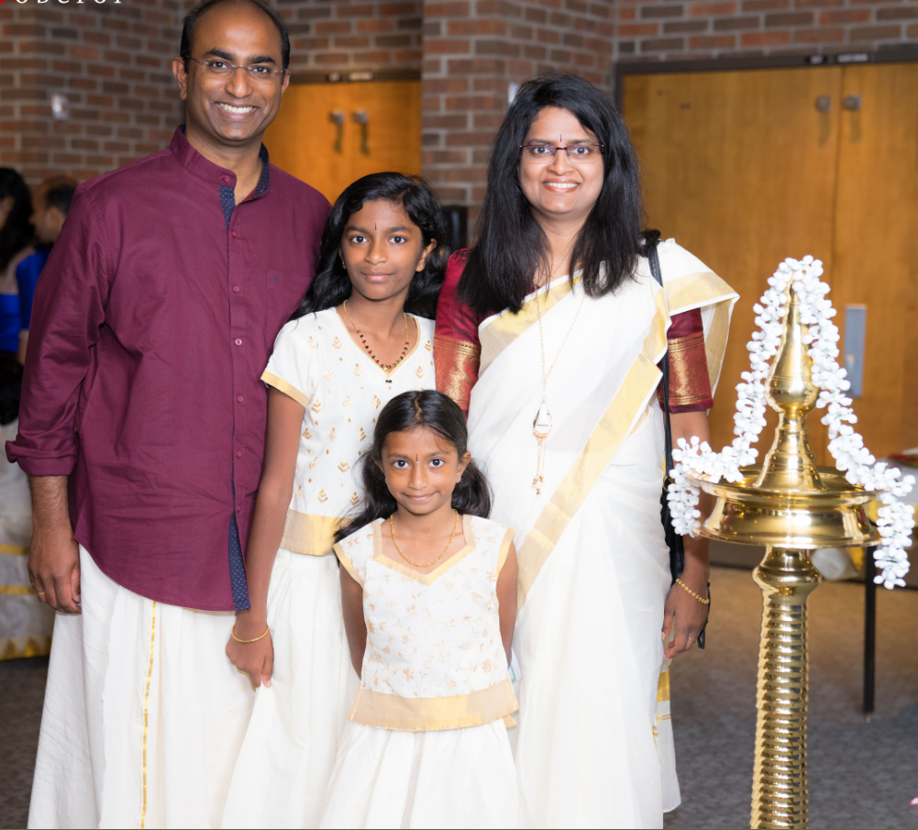 Ajayan hails from Kochi and has been a resident of Columbus since 1997. He resides in Hilliard with his wife, Anuja, and their children, Arya (10 years) and Anjali (6 years). He holds a Master of Business Administration degree from The Ohio State University, and a Bachelor of Technology in Computer Science & Engineering from College of Engineering, Trivandrum. He is currently employed as Director, IT Applications with Nationwide Insurance. Anuja is also employed with Nationwide. During his spare time, he loves spending time with his family, traveling, reading and catching up on the news. 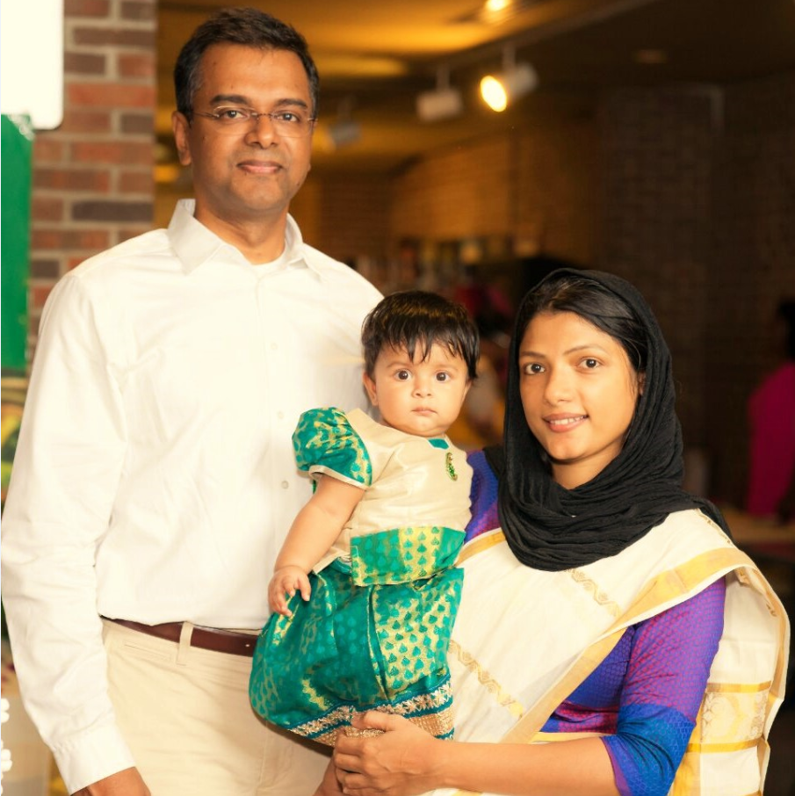 Pasha is from Malappuram and has been living in Columbus since 2002. Currently he is working for Nationwide as Director in Personal Lines Research and before that he worked for The Ohio State University as a Lecturer. He holds a PhD in Mathematics from OSU and a Masters from IIT Madras.

Pasha’s wife Shameema is working as a Data Scientist for the Ohio Super Computer Center of OSU and has a PhD in Chemistry from Indian Institute of Science. In his spare time, Pasha likes to do coding, fishing, and biking but lately both Pasha and Shami are busy with raising their 9-month-old daughter Hazel. 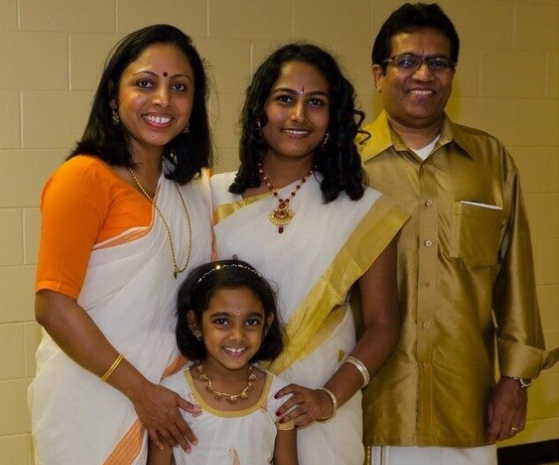 Sindhu came to Columbus in October 1999. She lives in Dublin with her husband, Raj Panicker, and two daughters – Aishwarya and Sahasra. Both Sindhu and Raj work for Nationwide Insurance and have been attending the programs put by our organization since 2000. Sindhu is from Hyderabad and her parents come from Kollam. In her spare time, she loves to read, spend time with her family doing anything related with classical music and dance, watching TV shows or movies. 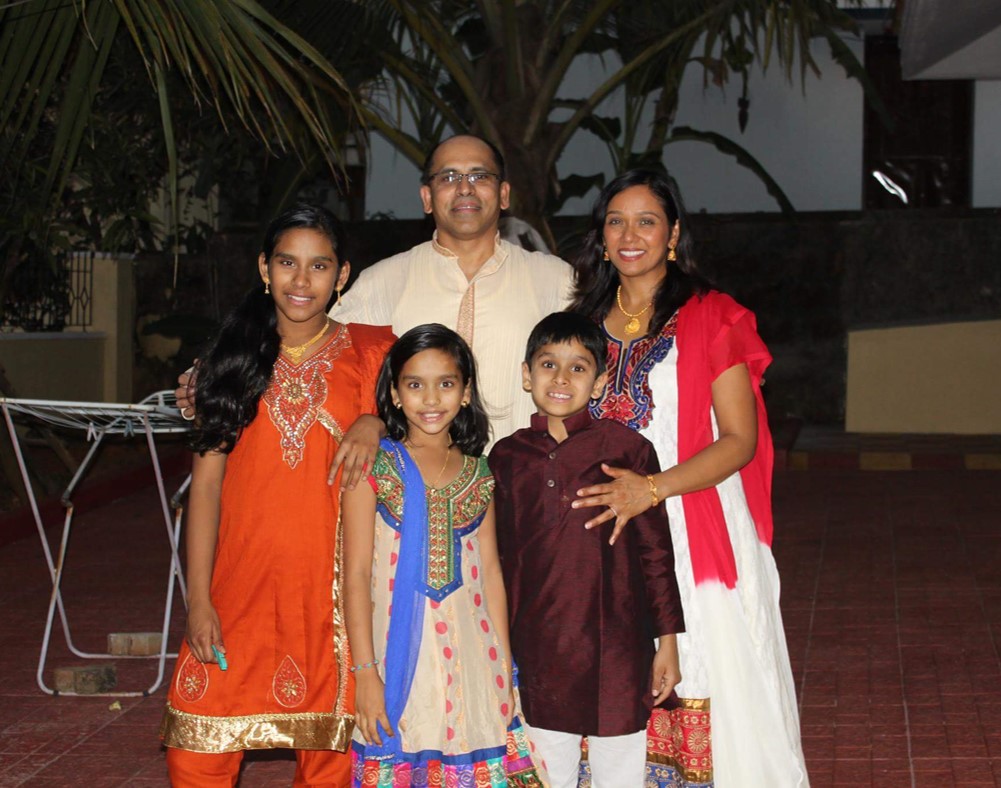 I am from Kannur and can speak unadulterated Malabar Malayalam. I came to US in 1993 to pursue my Masters in Electrical & Computer Engineering at Ohio University. When I first came to Columbus in 1996, I searched for a Malayalee association, found none, started searching Malayalee last names and found the email address of Rajan uncle. Rajan uncle graciously invited me and my wife Deepa to his house and made us feel at home. Rajan Uncle was our COMA then and I believe now that our current COMA will be the one that invites and makes all of us Malayalees welcomed.

I am humbled and grateful for the opportunity to serve COMA this year.

Deepa and our three kids – Asha, Dhiya and Aedin live in Powell. I manage the North American Service provider accounts for F5 Networks. We also run a small business in Columbus and I am one of the founders of Alumni Charities in India. In my spare time I love to run, spend time with family and watch Malayalam comedy movies. And personally, I have an incessant tendency to find humor in everything. 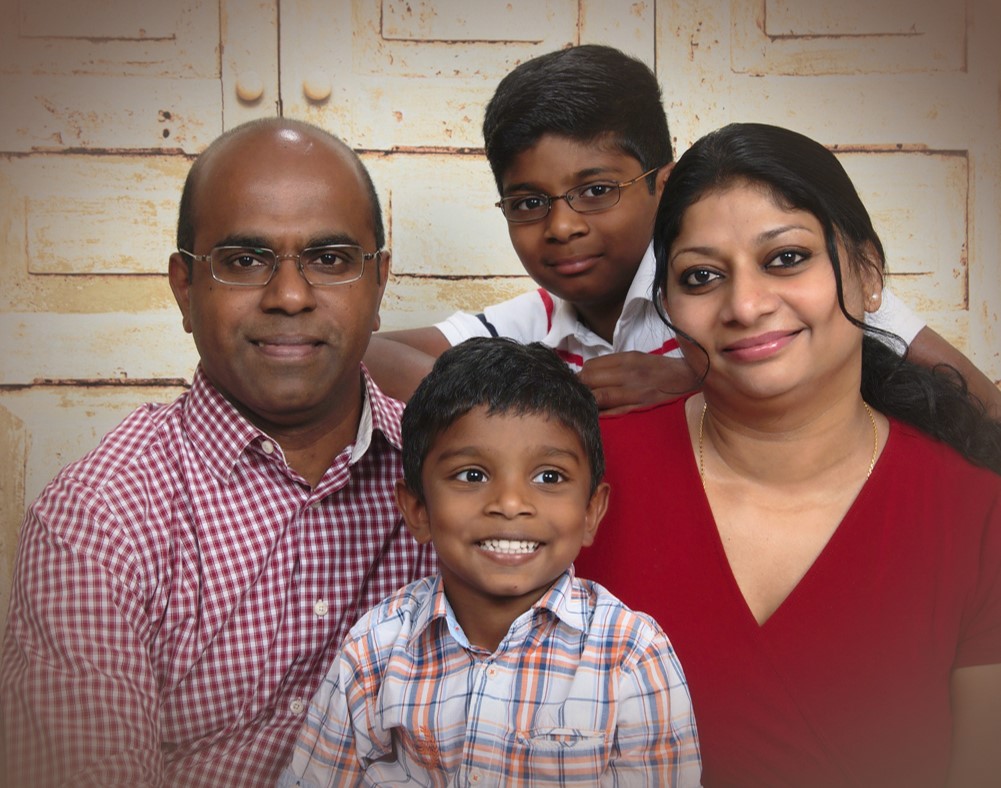 Anup is from Kochi and has been a resident of Columbus since 1998. He resides with his wife Smitha and children Adit (12 years) and Adwin (5 years) in Lewis Center. He holds a Master of Architecture degree from the University of Oregon, Eugene and Bachelor of Architecture degree from the College of Engineering, Trivandrum. He is a Board Certified and Registered Architect in India and the United States. He is currently employed as Architecture Project Manager with Moody Nolan, Columbus. His professional interests include sustainable design, housing and historic preservation. During his free time, he loves to spend time with his family, reading and painting 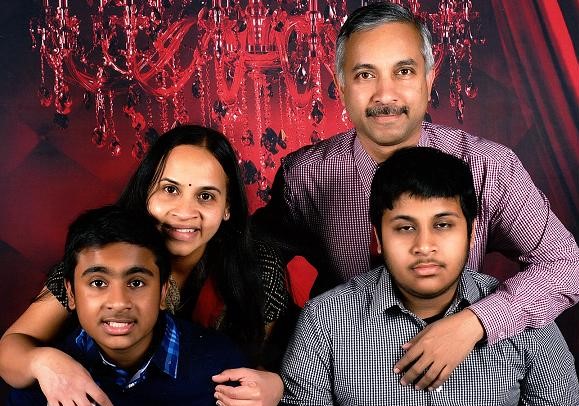 Valsan and Family has been in Columbus since 1998. Very active in community activities, Valsan was instrumental in planning and executing several community events even before COMA became a formal organization. Valsan hails from Kannur. He holds a Master of Physics degree from Kozhikkode university and has worked as an air traffic controller for several years in Mumbai before migrating to USA. He is currently working with Chase. He temporarily moved to India between 2010 and 2015, and help set up Chase operations in Hyderabad. Valsan lives with his wife Vijaya and children Hrishikesh and Niranjan at Lewis Center. Valsan loves to travel, read and he maintains a close connection with his hometown.

The Youth Club will be formally set up next month. All youth members are encouraged to join the youth club and avail the opportunities for community involvement, leadership development, and have some fun. Please convey your interest by sending an email to coma.officials@gmail.com